* In case of any delay in receiving the OTP, you may verify it later. Please proceed without verification.

Enter your City name or Pincode

Historically, this has been the royal seat of the senior most king of the Palli division descending from the renowned Kolathiri dynasty that held sway over the Northern Malabar state called Kolathunadu. 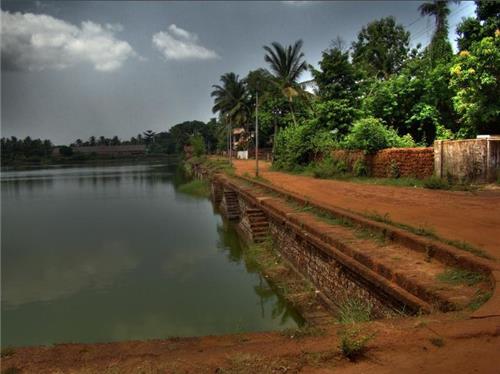 The Kolathiri have been recorded as the descendants of the Mooshik kings of northern Kerala. One of the much celebrated Sanskrit tents called the ‘Mooshika Vansham’ or literally the Mooshika dynasty gives a detailed account of the lineage. The book was authored by Athulan, the prominent tenth century poet. It is one of the earliest written records in the history of Kerala. The Kolathiri were crack rivals of the Zamorins and did not give them any advantage whatsoever. The most favoured form of traditional rendition of the ancient cultural heritage of Chirakkal which is cherished till date is the performance of folk artists called the ‘Theyyam artists’. At every annual festival the royal descendant of the Kolathiri line honours the best performer with a silken over-cloth or shawl and a beautifully designed golden bangle which is literally a heritage piece. Traditionally, these symbols of honour are known as ‘Pattum Valayum’.

The current ruling family is the Travancore Royal Family which is a descendant offshoot of the southern branch which had held away over large proportions of Venad. The current title of Chirakkal Raja is given to the descendant of this line and it is he who presides over all ceremonies and sacred congregations as befits his rank. He is much respected by the population even today.

Even though Chirakkal is a small village of Kannur distinct is Kerala it boasts of a population 43,290 members strong. The number of males is slightly less (48%) than the number of females (52%) and the sex ratio too is healthily skewed in favour of the females.

Another feature of historical significance at Chirakkal is the Bekal Fort which now falls in Kasargod. The other notable feature is the Chandragiri Fort which had earlier been under the Chirakkal Rajas but was annexed during the invasion of Shivappa Naik who had attacked Kolathunadu.

Among the eminent personalities that the soil of Chirakkal had raised were Shri Karunakaran who was born in 1918 and rose to become the chief minister.

While all the business of the village revolves around fishing, almost all the villagers are busy occupied with hiring, making, repairing and selling boats. This is complemented by the sale, repair and lending of fishnets. The main occupation of course centres around the purchase, sale, processing as also exporting of fish and fish products in fact fishing is the mainstay of the quaint litter villages livelihoods and overall economy.

How to Reach Chirakkal

Chirakkal is very well connected by the road route, the bus route, the rail route as also by air. The road connectivity is of a good standard and the village lies a mere fifteen kilometers on the Cherpu – Thripayar road from the busy Thrissur town.

Bus routes connect the village to most of the busy through fares of the southern cities. There is a bus terminal that connects the village to several other.

The nearest railway station is the Mulagunnathukvu.

The airport proximal to this region in the one used by Thissur. The village is well connected to nearby villages with the ferry route across the backwaters. This is a very peaceful way of travelling from one place to the other.

Chirakkal has been the seat of royalty since centuries. The Kolathiri dynasty is still hailed as the residency royalty. The locals take great pride a having the current incumbents of the royal lineage participate in religious functions and other local festivities. 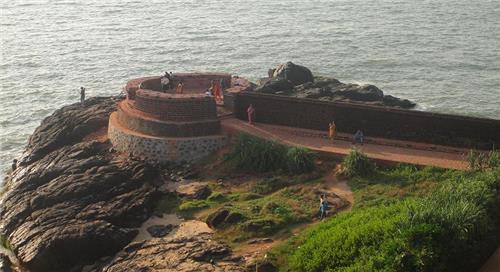 The Bekal Fort is among one of the largest forts in Kerala. It was built by Shivappa Naik. It has the shape of a giant keyhole. It rises above a huge golden sand beach. It is spread over forty acres. Some of the remarkable features of the Bekal fort are its huge water tank that has a flight of stairs leading to it. There is also the strategically placed observation tower and the equally rare and amazing ammunition dump that is comparable to a modern day magazine store.

The Fort seems to rise from the sea. Almost seventy five percent of its lower ramparts are awash with the incoming tides. There are some confusing tunnels and entrances at the door of the fort to confound the enemy. There are a series of holes placed from top to bottom. These were made to defend the fort from invaders. The at the top were for furtherest enemies, to deter them. The middle level ones for stopping the enemy at closer quarters and the bottom ones for stopping the invaders when they had practically reached the fort.

How to Reach the Bekal Fort
The Bekal Fort is located at Pallikere in Chirakkal located in the Kannur district of Kerala. In fact, it is located just about ten kilometers from Kannur. In fact its geographic coordinates are located on 12.36670N longitude and 75.050E latitude. It can be approached by rail up to the railway station at Bekal Fort which is located at Pallikkere in Kasaragod. Around ten trains come here daily and about five thousand passengers travel to and from the Bekal railway station everyday. The Bekal Fort lies sixteen kilometers South of Chirakkal on the National Highway. The nearest airport is the international airport located at Kochi.

The Chandragiri Fort was built during the seventeenth century. The fort was a part of the chain of forts built by Shivappa Nayaka. The fort is square in shape and is spread over seven acres. It rises one hundred and fifty feet above sea level. It is situated besides the Payaswini river which at one time formed the natural barriers between the Kolathunadu and Thulunadu kingdoms which were the two super powers of the region till the onslaught of the forces of the Vijayanagar Empire.

How to reach Chandragiri Fort
Situated just about four kilometers from Bekal Fort it is close to the Payaswani river. It is just a few kilometers away from the Arabian Sea. The Chandragiri Fort rises above a hill top as it was a strategic look out post to guard against invaders coming by sea.

The palace of the Chirakkal Rajas houses the exquisite collection of the Folklore Academy and Museum. The exhibits comprise antiques, various utensils and decorative elements of the traditional royal household. The palace is fronted by a pristinely beautiful man-made pond that stretches about fourteen acres. The tranquil waters of the ‘Chira’ or pond have steps leading down to it. There are large sections of the pond that are covered by patches of lotus groves. They are of great beauty when in full bloom.

How to Reach the Chirakkal Kovilakam Chira and Folklore Museum
The Chirakkal Kovilakam Chira and Folklore Museum. It is located just about five kilometers from Kannur. And it is only about one kilometers from Puthiyatheru on the highway between Kannur and Mangalore. The museum is closed on Sundays, second Saturdays and government holidays. It is open for two hours in the morning and afternoon from 10.30 am and 2.30 pm respectively.

Comments / Discussion Board - About Chirakkal